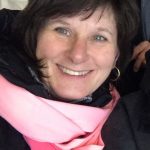 JoAnn is a school counsellor at St. James’ Regional High in Port aux Basques. She has worked as an educational psychologist, an assistant superintendent, and a coordinator of student support services. JoAnn has worked tirelessly, yet enthusiastically, throughout her three-decade career for the betterment of students and families in her area. Her name is synonymous with empathy, acceptance and reliability. She is widely respected not just within her local area of Port aux Basques, but also throughout our Western District and beyond. Her outgoing, friendly personality, combined with her ability to put anyone at ease makes her an ideal candidate for the School Counsellor of the Year award.  A former student describes her as one of the most phenomenal women she has ever met.  Ms. O’Brien goes above and beyond both at work and within the community.  There is no person better suited for this award.  All of the staff and students at St. James, as well as every person she has encountered in her life, has been touched in some way by her selflessness and positivity.

Maggie is currently a school counsellor at Carbonear Academy in Carbonear.  She has worked as a school counsellor in locations throughout the island, from Port aux Basques to various schools on the Avalon Peninsula.  She has been involved with the NLCPA (formerly, SCAN) since the start of her counselling career in 1995.  At the moment, she is vice-president of the Avalon West Branch.  She held the position of branch secretary from 2005 to 2010.  She was also the secretary for the Provincial Executive from 2000 to 2002.  Nancy MacDonald describes her as diligent in her role as Provincial Executive Secretary.  Despite being pregnant for part of her tenure she dedicated many hours to the various activities and tasks that are required when one serves as part of the provincial executive.  Maggie is well known at provincial conferences, rarely missing any.  She is passionate and outspoken about her profession and the NLCPA, and continues to participate at every level.  The lifetime of dedication and commitment displayed by Maggie is certainly deserving of the NLCPA Lifetime Achievement Award. 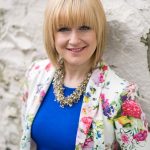 This scholarship is awarded to an individual who has demonstrated proficiency within the field of school counselling (through previous experience, coursework and internship placements), documented community service, academic achievement, and a desire to influence change (as epitomized by Ron during his own career).  April is the embodiment of these qualifications. She is the consummate professional who has a natural love of learning. She has academic GPA of 4.0 in the Counselling Psychology program at MUN. If there is work to be done or a new challenge, April is first in line with a broad smile and a desire to “dig in.”  While completing her Master’s program and internship, April also maintained her successful business as a professional organizer.  During her internship, she actively engaged in additional training in Autism Spectrum Disorder, ADHD, Functional Behavioural Management, Self-harm treatment, Positive Body Image Facilitator Training, and Applied Suicide Intervention.  April also continues to volunteer within her community in numerous capacities.  All those who encounter April are inspired by her.